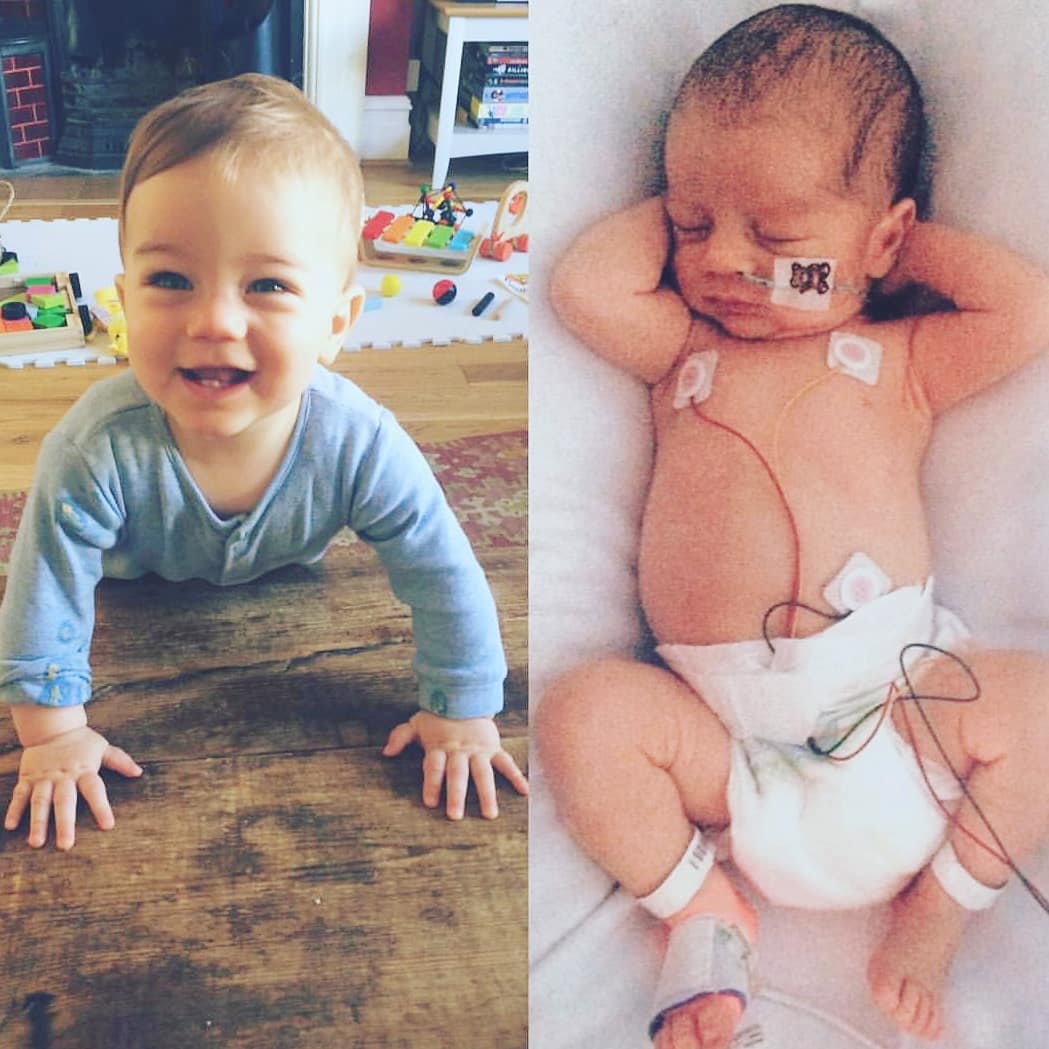 You know you’re a preemie parent when it takes you at least 5 minutes to reply to the question “How old is your baby?”

Isaac is 14 months old, but really he should be 12 months. Preemie babies are given a ‘corrected age’, meaning that any developmental milestones should be measured from their due date rather than the day they were actually born. But eventually they catch up — hopefully by the time they’re 2.

When Isaac surprised us by arriving over two months early, we were told by the hospital there would be delays in his development.

For the first week he couldn’t breathe on his own and he certainly couldn’t feed. The first five weeks of his life he got milk through a tube, which I religiously expressed day and night.

At a time when most babies are at home snuggled close with mama, and starting to explore the world around them, Isaac was surrounded by tubes and wires, just learning to breathe, feed and trying to add some chub to those skinny thighs. 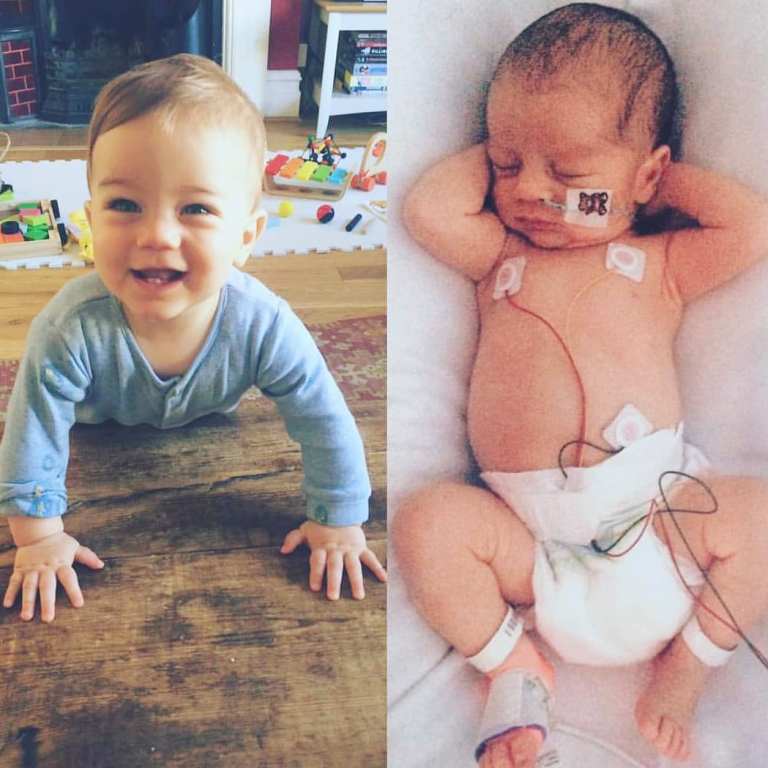 Preemie babies aren’t only delayed because they have less chance to develop in the womb (no plastic incubator could ever replace the awesome power of mama), but also because they have to spend those first precious weeks focusing on the basic functions like breathing and feeding. Things that come naturally to most full-term babes.

When I started to read about what I could do to help Isaac have the best start in life, I was amazed at how simple, gentle and natural approaches benefit babies and their developing brains so much.

And Isaac has caught up so incredibly fast, hitting milestones at the right time for his actual age, never mind his ‘corrected’ age.

Here is what I learned about helping Isaac to catch up and how to boost all round development, using gentle parenting.

We spent day after day in hospital doing ‘kangaroo care‘ with Isaac, meaning that he was skin to skin with me or his dad as much as possible.

Reminding babies of what it’s like inside the womb, being skin to skin means their heartbeat even magically syncs with your own. In some parts of the world where there aren’t any incubators, mothers actually keep their babies on their skin 24 hours a day — and it saves lives.

After the stress of his long stay in hospital we knew we needed to focus on making him feel secure, calm and close to us. So after Isaac was discharged we continued to carry him in a sling and wear him for naps.

Holding babies literally helps their brains to grow and considering even a full term baby has only about 30% of their brain developed, for us baby-wearing was a no brainier (jokes).

There are so many physical benefits too. Carrying a baby in a sling helps to build core muscles (in a similar way to ‘tummy time’), helping babies to sit up and crawl.

We knew that Isaac’s weakened immune system would leave him vulnerable, so breastfeeding was crucial to us.

While I always wanted to breastfeed though, like many mamas out there, I didn’t have the easiest start. But because I was not able to do all the normal everyday things for Isaac that I so longed to do, I was able to focus on the one thing I could do — produce milk!

Breast milk is amazing for any baby, but especially important for premature ones. We have been incredibly lucky that Isaac had no hospital re-admissions during his first year of life and I think that is at least in part down to the magical powers of human milk.

Everybody knows how important it is that babies don’t become unnecessarily stressed (just one reason why ‘cry it out‘ is so wrong). But did you also know it can damage their developing brain?

We chose a gentle and responsive approach with Isaac because we knew it would help him to ‘catch up’. There was no chance we were going to let any neurological damage be done to his already underdeveloped brain, by allowing him to feel stress.

And babies feel stress when they are left alone at night and separated from their mothers.

We never leave him to cry, and even co-sleep. After all the lonely nights in hospital we had to do everything we could to make sure he felt emotionally secure.

Isaac has done better than we could have imagined when he was first born. His stay in hospital was heartbreakingly long, but he has caught up so incredibly fast, hitting milestones at the right time for his actual, never mind ‘corrected’ age.

Instead of worrying about his future development, we are now just excited to see him grow up.

Has gentle parenting helped your premature baby overcome the odds? We would ❤ to hear from you. Contact us, comment below, or tag #WokeMamas on social media.