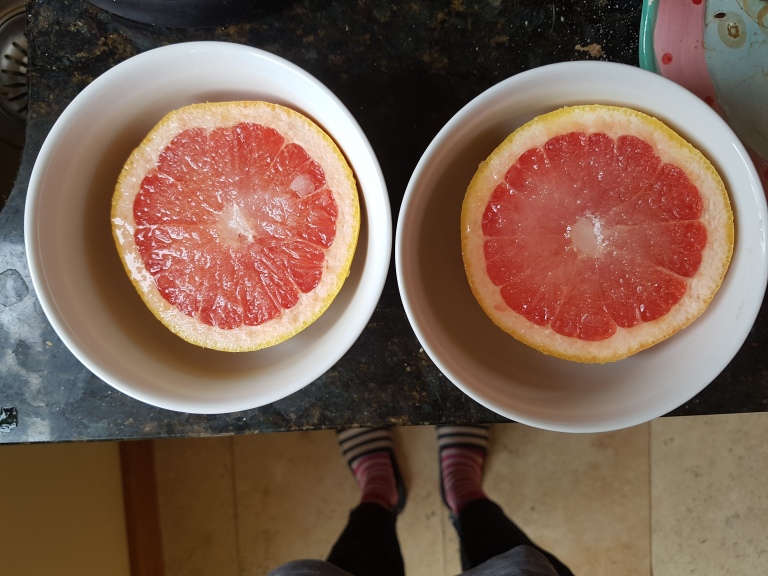 Three years, one month, and I think I can say that Maddy has weaned.  Maybe.

You see there isn’t a real timeline to weaning, I’ve discovered.  A few months before Maddy’s third birthday though, she had weaned all nursing sessions completely on her own, except for just one nursing session before bed.

And while I wanted her to do it all on her own, I have to admit I might have lobbied for the last one a little bit.

The moment I became pregnant, nursing became painful.  It was the sting at the beginning of her latch and the sensitivity from her powerful suckling.  At times it was too much to bare.

At a little past three, Maddy was old enough to understand and converse with me on a pretty high level.  So I made sure to be honest with her in that it hurt, but I always steered clear from ever blaming the baby.

As a new baby comes into our world we never want to blame them for something that is out of their control, or put any negative connotation on their arrival.  And steeling mommy’s nursies would definitely not go over well.

So, since Maddy’s birthday had just happened (three years old) I told her I wasn’t sure why it was hurting but that it might be because she was getting older, and they were just going away as “nursies”.

She loves thinking about being a big girl, so while this might be a little sad, the excitement of her growing up supersedes the sadness of her nursies going away because of it.

Even still, each time she asked I would always oblige, but told her,  “if it hurts we’ll only do it for 20” (seconds that is).  I’d see how it felt as sometimes it would feel ok after the initial sting of her latch, and feel better as she nursed.

If it felt fine I let her nurse until she was done.  If it hurt I would let her know and I’d count out loud, “1, 2, 3…20.  Ok, Mommy has to be all done now.”  There was usually some protest until I’d offer the other side, then we’d do the same.  After having the second side, she was always fine with being all done.

And that was the beginning of our weaning journey.

One night, after having this routine for a about a week, we were on our way home from dinner with family, and we had the sweetest conversation that I always want to remember.

That night was the very first night she didn’t ask for nursies.

After a couple of days she did, and we did, but with the same routine.  Gradually she started to come off before 20.

And eventually, she only asked for a book and for me to lay outside her bed and hold her hand.

Some nights she would just put her mouth on it, never latching on.  Then come off.  Almost as if she had forgotten how to do it, or as if she didn’t want to hurt me.  But still cuddling with it with it in her mouth, just soothed by the feeling of our skin touching.

One night she asked for it after not asking for about a week.  Instead of saying yes, I tried something, and offered her a special lovey, something she usually doesn’t sleep with.  I did this knowing I’d nurse if the lovey wasn’t satisfactory.  To my not so surprise though, she was very happy with the special lovey.  She fell fast asleep holing my hand as I laid outside her bed.

As time has gone on she has gotten creative in her requests before bed.  Instead of asking for nursies, she’d say she was thirsty or hungry.  I’d offer a drink of water, or 3 blueberries if she said she was hungry (knowing she had already eaten a great dinner and probably wasn’t actually hungry).

As my pregnancy progressed, I have been able to get into her bed, but was having an increasingly hard times getting out.  Good bye, ab muscles!  So each nursing session had to be moved to the floor right outside her bed.  Even the rocking chair had proven to be uncomfortable.  So a nursing session, should she want one, included me on the floor with her in my lap sitting upright.  No more laying with her in her bed.  After the session she’d get up, crawl into bed, and I’d read a book.

Even though I didn’t plan it this way, I believe it helped the shift be even more gradual.  The nostalgia of what we used to do wasn’t abruptly coming to an end.  We were still nursing, just not laying together.

Ability to Be Flexible

Most nights are pretty calm, but of course, there’s always the exception.  One night, my husband and I had a date night.  By the time we got her home, she was having an absolute meltdown from pure exhaustion.  I knew what I had to do, or at least offer to do.  For the first time in weeks she nursed to sleep.  I remember laying with her, stroking her hair trying to remember every scent, every  feeling as vividly as I could, because I knew that it might be the last time I nursed my first baby to sleep.  She was so peaceful, it didn’t hurt, and it was nothing short of perfect.

The Power of “Yes”

As I’ve done this I’ve tried very hard to be in the “Yes” club.  Whenever she asked, I’d say, “Yes.”  Even if I added a stipulation on it like 20 seconds, or “Yes, but if you’d like this lovey instead you can do that.”  Always willing to nurse if she didn’t want to go with my suggestions.  Being open to it allowed me to be less stressed, and just go with the flow of whatever she decided.  And more often than not, she’d go with what I was offering.

And last night around 3am, she woke up calling me from her gate on her door.

Coming from our room to meet her, “Yes honey, what’s wrong?”

“I want nur… you to lay outside my bed.”

It was the first time she corrected herself when asking for nursies.  She decided, even in a half asleep state, that she didn’t want nursies.  Instead she wanted me to lay outside her bed.  She soon fell fast asleep.

As I went back to my bed I knew this might just be it.  Maybe.

How did you wean your older kids? We would ❤ to hear from you. Contact us, comment below, or tag #WokeMamas on social media.